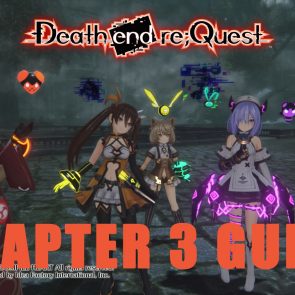 In this Death End Re;Quest Chapter 3 Guide, I’ll be going over the path to clear the third area of the game and it’s boss. Death End Re;Quest is a unique RPG game that merges the typical JRPG and allows players to convert it into a fighting game, shooter, or even a slot game. There are other subtle quirks that the game possesses that will be simple to execute but difficult to master. 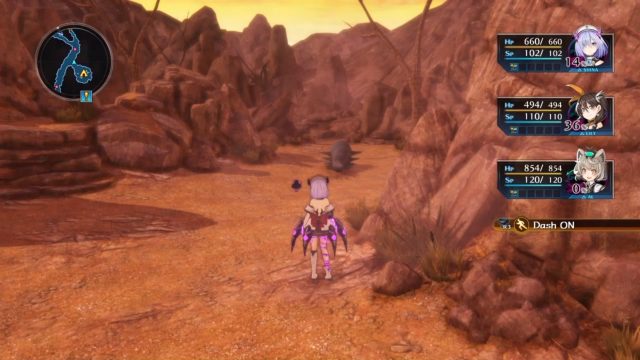 The main route III is very linear with a few items tucked away in corners. There will be a campsite in the center of the path. Obtain the Beast Clan Scarf at the end of the road before veering towards the ! to watch a cutscene. After the cutscene has finished, collect the Enolef’s Ether inside the chest before triggering the next cutscene.

Afterwards, proceed towards the large open area and head to the left. Tucked in the corner will be a chest containing a Patch 3.0. Proceed to the end of of the area to watch another cutscene located on the map by the ! symbol. Players will reach the Godot Ruins Outskirts next. 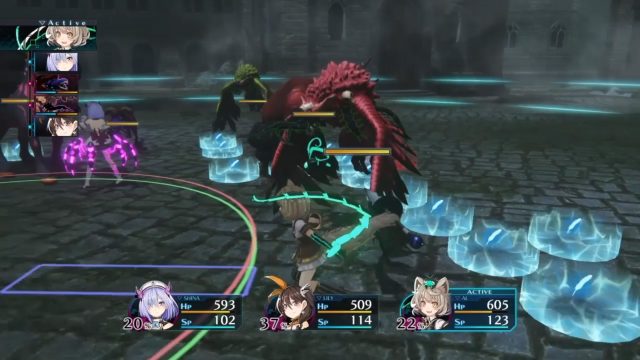 Travel to the North until you encounter bridge to the left, cross it to reach the other side. There will be a large tree root obstacle and a chest containing a Patch 3.0. Interact with the ! to watch some more cutscenes and make some choices along the way. Clea will join the party during this time and players will wake up at a camp and save point area at the top of the large root tree. Make sure you save before heading out. Head North from the save point to descend the tree root and approach the ! symbol to fight the mid chapter boss Corpse.

This Corpse monster mini-boss possesses a large HP Pool and has strong attack strength. Hopefully you have been learning skills along the way, so we can easily defeat this monster. Use Al’s Stareig 3 times to deal heavy damage to Corpse; Stark is another option if Stareig is unavailable. Using Shina, players should use Stark also to continue to pile on the heavy damage. For once, Lily is going to be the DPS source for this fight. Lily possess strong star attacks such as: Vizstar Sauza, Vizstar Hans, Vizstar, and attack (in order from most to least powerful). If players have the enough SP they should use 1 Vizstar Sauza, 1 Vizstar Hans, and 1 attack to deal knockback damage also. Continue this cycle of using Stars infused attacks to finish off this mid-chapter boss. Defeating Corpse grants 6,240 Exp, 5,600 Eni, and 1 Ultra Ogre Brew. 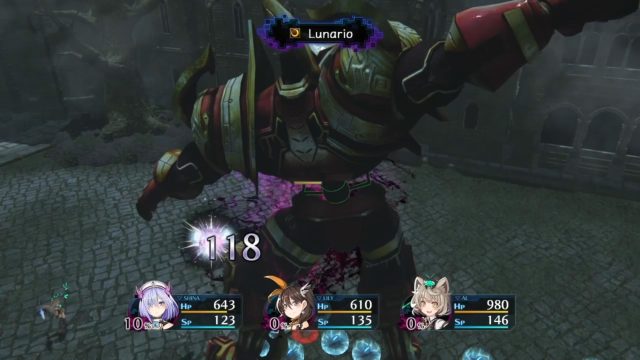 Don’t celebrate just yet as you will need to fight the Chapter 3 boss, Ephemera, right after the Corpse fight.

Ephemera will be a powerful Entoma Queen on Hard Mode since players will have to fight this boss right after fighting Corpse. Take the first turn to heal your party members and replenish their SP. The team role should be divided into 2 DPS and 1 Healer. Shina and Al should take the DPS roles as their Sun Type attacks deal heavy damage to Ephemera, while Lily can provide heals from a distance. Al’s attacks should consist of: 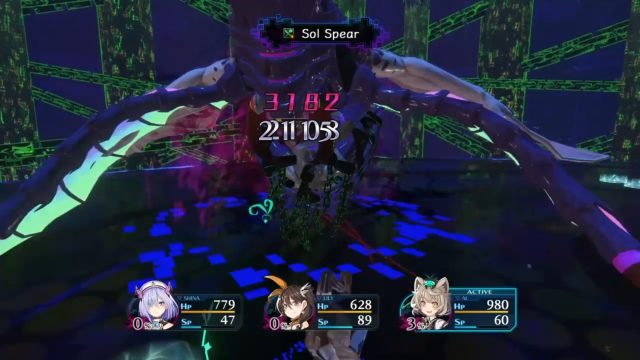 Shina’s should use her Ache skill to deal heavy damage to Ephemera as Lily uses Metinfris to heal a teammate. When most of the bug tiles have been eliminated, players may Summon Skala or Muga to help out with the fight. Alternatively, if needed, players should bug out Al since she can deal the most damage in Glitch Mode. Defeating Ephemera grants 28,800 Exp, 7,000 Eni, and 1 Enolef’s Ether. Arata will learn Antidote (Self) after the battle.

In this chapter you will be able to access new shop wares, below you’ll find the item, their cost and their benefit:

Following this guide you will have successfully defeated the boss Ephemera!

I think anything about is…