Latest News
Home /who else really gets this 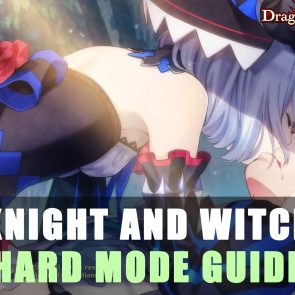 In our Dragon Star Varnir Knight and Witch Hard Mode Guide and Walkthrough, we’ll go over the best strategy to conquer the first chapter of the game on the hardest difficulty.

The Prologue of Dragon Star Varnir consists of several cutscenes and the player’s first battle. The Demisgant Dragon can be defeated easily if you use Minessa’s Aqua Sword and Karikaro’s Physical attack, as both attacks are the weaknesses of the Dragon. This will increase the Dragon’s fear level allowing the player’s characters to devour him more readily. For more tip on using Devour read our Dragon Star Varnir Starter Guide & Tips. 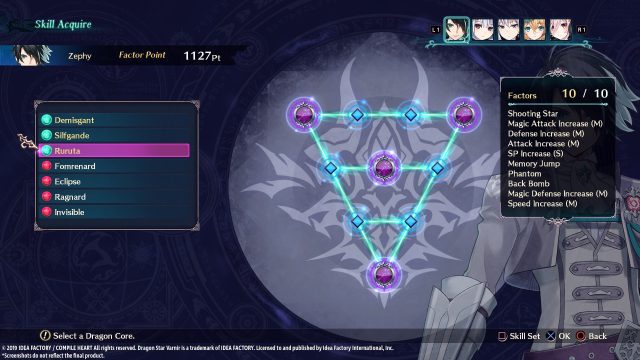 Make sure you devour him as you will gain a Demisgant Dragon Core. In case you aren’t successful in consuming him and instead defeat him, you’ll obtain his core during the Results page of the fight. Defeating/devouring Demisgant on hard mode will earn players 36 Exp, 36 G, 90 Factor Points, and 1 Demisgant Core.

The first chapter will set players against a number of enemies, you can find the list below:

Dragons of Forest of Judgement

First up is the Forest of Judgement, begin by walking towards the chest to acquire the Witch’s Medicine it contains. Proceed towards the ! to watch a cutscene and fight another Demisgant. Use the same tactics as the tutorial version and have Zephy devour him. Players will earn 36 Exp, 36 G, 90 Factor Points, and 1 Demisgant Core. 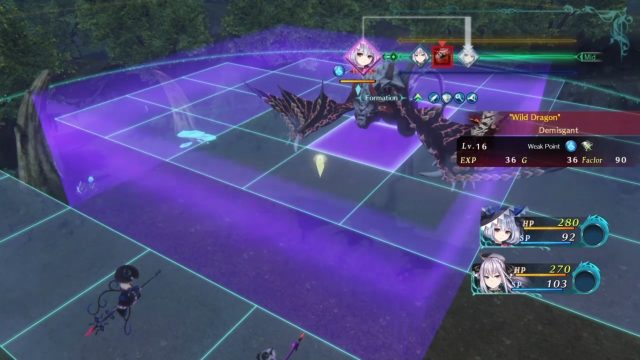 Afterwards, use Zephy’s Barrier Destruction to eliminate the barrier standing in your way. Collect the Den’s Brooch in the nearby chest while making your way towards the next ! marker. Players will watch a cutscene and be thrown into another fight. This fight will be against humans, Evil Raven A, B, C, so use your magic abilities and forgo devouring anything. They are weak to wind and slash attacks. Use Zephy’s slash attacks to cut through them while Karikaro’s fire sword should be able to damage a few of them. Since Minessa’s water abilities are resisted by the enemies, have her use normal attacks or have her heal the others in the party. 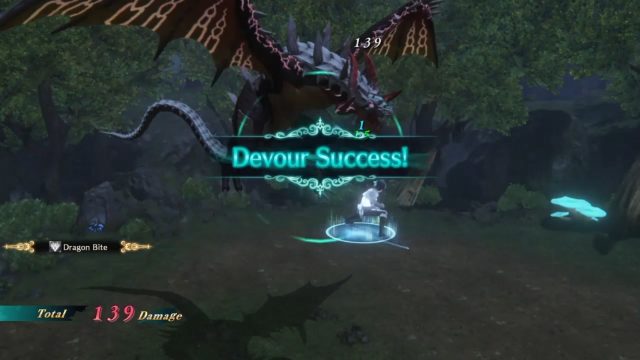 Backtrack a bit towards the ! marker to find a root path to the right. Up there you’ll find another Dragon which will be beneficial to devour, along with a treasure chest containing Garment of Judgement and an object you can’t interact with just yet. Head back towards the ! marker to further the story and collect the Wing of the Dragon in the nearby chest. There will be another barrier that Zephy must destroy in order to reach the several chests behind it. Boots of Judgement and Mace of Judgement will be your reward from the 2 chests. If players use Karikaro’s ability you will be able to obtain some items by making the invisible chests visible.

Head towards the S marker to find the Dragon Stone. This acts as a healing point and a save point. Later when players learn certain skills, they can warp to these objects. Use this time before the boss fight to devour some Dragons in this area while coming back to the Dragon Stone if you need to recover. Equip all the new weapons and armor you obtained during your time in this area. Collect the 600 G in the treasure chest and proceed to the last ! marker to fight the area’s boss.

Shifgande will be the first of the major bosses to fight and holds a Level 27 Weak to Fire and Slash. It has a few attacks you can look out for: 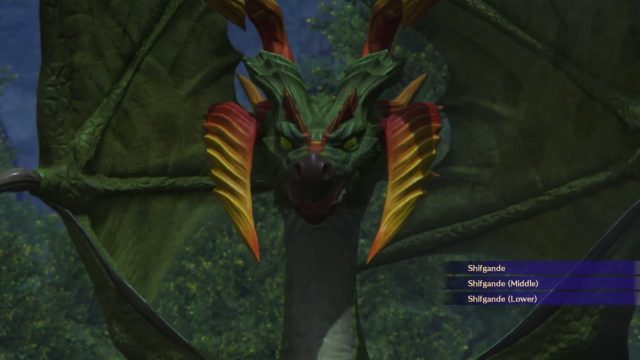 Shifgande is a 3 layer boss, you can aim at his head, middle (stomach) and lower body (legs)

Shifgande’s weakness is fire and slash so Karikaro and Zephy will be your DPS source as Minessa can provide backup with heals. Zephy should use Mow Down on the lower portion of Shifgande while Minessa heals whoever is low on health. Have Karikaro use Fire Sword which will hit all 3 portions of Shifgande. By this time the lower portion should be broken and thus stunning Shifgande. Stunning the boss enemy, negates their turn and allows your party to continue their onslaught. Defeating Shifgande will grant players 360 Exp, 360 G, 100 Factor Points, 1 Shifgande Core, 1 Judgement Recipe, and 1 Dragon Soul.

To see this guide in action see it here:

To see this chapter’s cutscenes watch it here:

Hopefully by following this guide you have defeated the first chapter and gained yourself some useful Dragon cores.

If you need some more guidance on the games combat mechanics, how to devour dragons, Dragon cores or more, be sure to read our Dragon Star Varnir Starter Guide & Tips.

If you’re making your way through Dragon Star Varnir be sure to use our Trophy Guide to help unlock platinum or 100% the game! You may be also interested to visit our guides section, which includes Death End Re;Quest.