Latest News
Home /Anything about this is very important 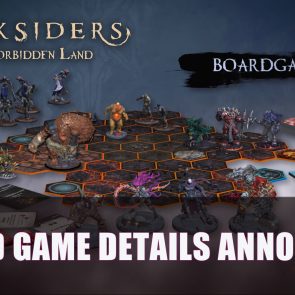 The official Darksiders board game known as Darksiders The Forbidden Land has gotten some new details.

Last week the official Darksiders’ Twitter had announced two physical pre-order editions for upcoming top-down action-RPG Darksiders Genesis. This included the premium Nephilim Edition which comes with a lot of goodies including the Darksiders The Forbidden Land board game for $379.99. 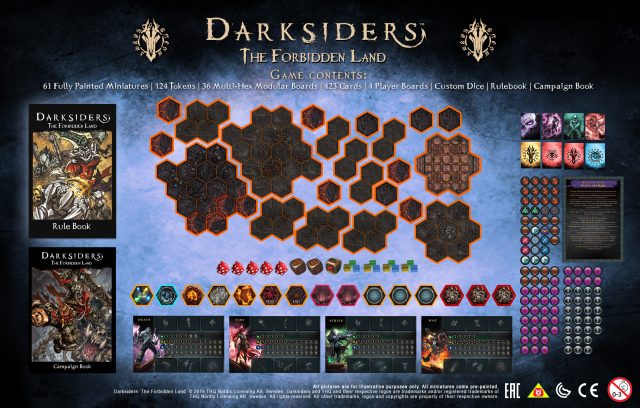 That’s right, with only this edition will you be able to get to your hands on the official board game. Publisher THQ Nordic have now revealed more details about how to play The Forbidden Land and what is included.

The game is designed with four players co-op, who can choose one of the Four Horsemen which includes War, Death, Fury as well as Strife, and one player who takes on the role of game master. It is possible to play without a game master, where the standard game dictates the movements. However, a game master can plan out enemy moves, making more of a challenge for the Horseman. So that means you can play with up to five players.

The official description via THQ Nordic:

The Charred Council – the mediator between Heaven and Hell – is mystified: The barrier to the Forbidden Land, a world that has been isolated from the rest of creation for aeons, was broken! The Four Horsemen of the Apocalypse are ordered to investigate the reason, accompanied by an observing Watcher. When it becomes clear that the Forbidden Land hides more secrets than The Charred Council was willing to tell, the search for relics of an ancient civilisation and a deadly demon begins…

Darksiders: The Forbidden Land features an entirely new storyline set in the Darksiders universe, 61 pre-painted minis and is only available with Darksiders Genesis Nephilim Edition, which is limited to 5,000 units worldwide! https://t.co/2BLZnYemPE

Darksiders Genesis will be launching on Xbox One, Playstation 4, Nintendo Switch, PC and Stadia releasing this year 2019. The Nephilim edition which includes The Forbidden Land board game is available to pre-order via THQ Nordic website.