Latest News
Home /Thanks for the info

The post Elden Ring Nominated For “Most Wanted Game” appeared first on Fextralife. 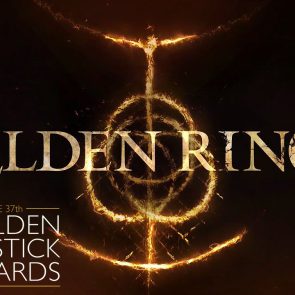 This year’s Golden Joystick Awards (37th annual) are almost here, taking place on November 15th, 2019. The Golden Joystick Awards are the longest running publicly voted upon gaming awards, and include categories like: Best Storytelling, Best Indie Game, Best Game Expansion, Studio of the Year, and of course, Most Wanted Game!

A surprise to no one, this year Elden Ring is nominated for “Most Wanted Game”. Elden Ring is the dark fantasy game being developed by FromSoftware, and was co-written by Game of Thrones writer George R.R. Martin (in case you’ve been living under a rock for the past six months) “OH ELDEN RING”.

Other games in the category include: Cyberpunk 2077, The Last of US II, Final Fantasy VII Remake, Halo Infinite, and Dying Light 2. You can see that there is some stiff competition, and Elden Ring all the help it can get to win, so get out there and vote! You can do so here, as well as vote for games in the other categories mentioned. Which are your favorite? Let everyone know!

For more information about Elden Ring, and everything we know, be sure to check out our articles on the game!

The post Elden Ring Nominated For “Most Wanted Game” appeared first on Fextralife.