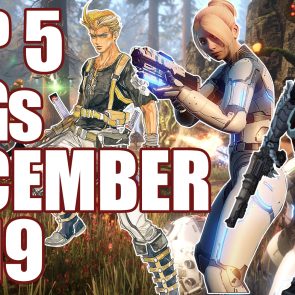 Welcome to the Top Upcoming RPGs of December 2019! In this series we highlight the Top 5 RPGs for the upcoming month. In this edition, we’re going to take a look at each of the titles, talk a little about each, and then explain why we think they deserve to be on the list. So join me now and find a mixture of some hidden gems and old favorites given a shiny new coat of paint.

As we close out the year of 2019 it’s been quite the whirlwind of titles looking back. Last month we explored a little more than RPGs, a number of titles that were hard to ignore, with Death Stranding taking our top spot. But we still have one more month of games to share before the year is out. This month’s RPG list ranges from a classic D&D title gaining new platforms, some XCOM strategy influence, sci-fi action with Mass Effect inspiration, and titles coming to the west for the first time. Without further ado, let’s get into the month of December 2019! 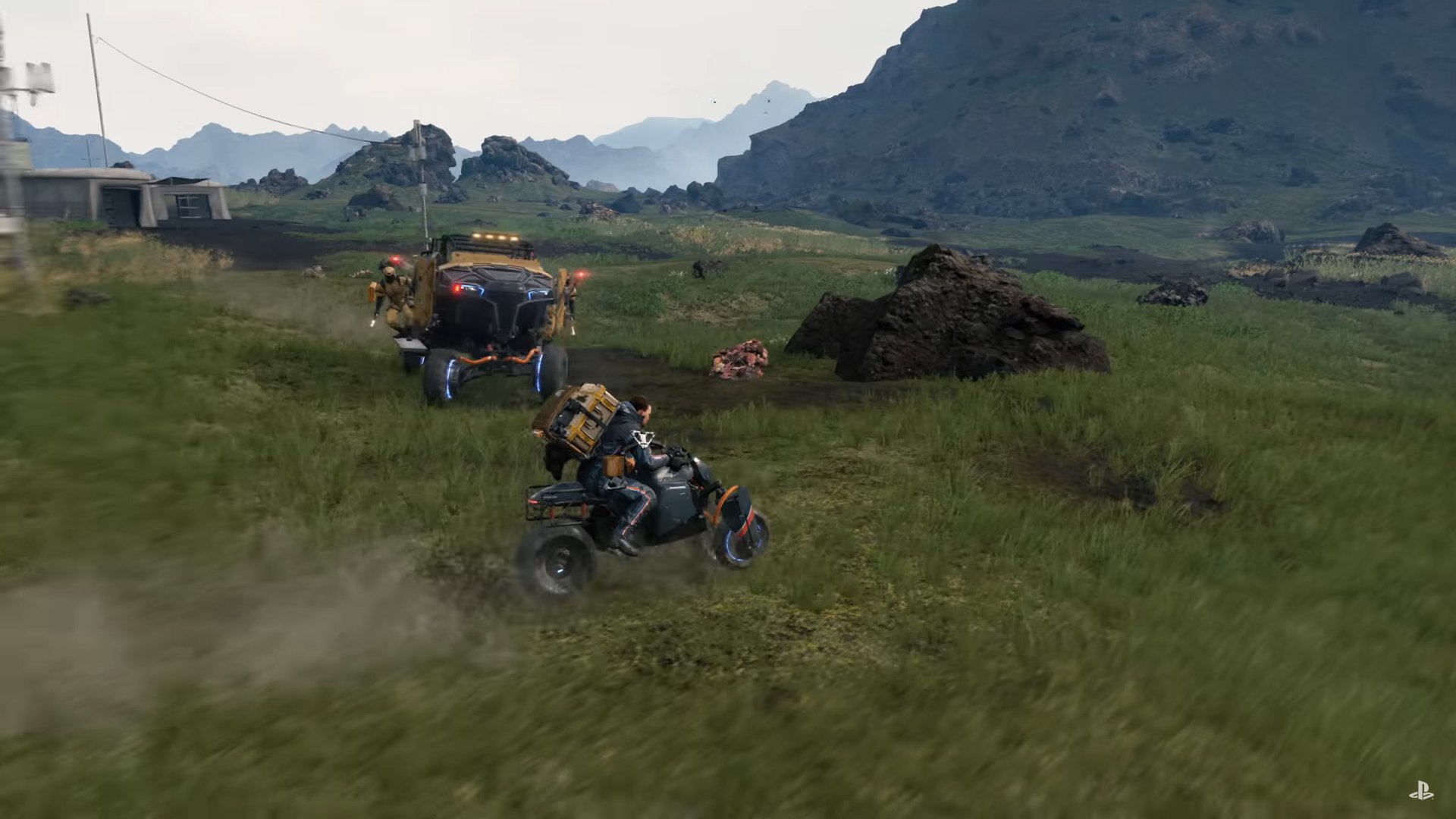 The delivery man action-adventure surely had some interesting times with BBs and balancing jenga boxes.

Neverwinter Nights is coming to consoles this month. The classic D&D title brings players on a fantasy adventure through dangerous cities, dungeons filled with ferocious monsters and into the wilderness to uncover uncharted lands. This journey although full of danger, is a necessary feat to find a cure for a curse plague now sweeping its way through the city of Neverwinter. Choose your role as either a half-eleven rogue who can use the shadows as cover, a powerful wielder of magic as a gnomish sorcerer, use your brawn to vanquish enemies as an armor-clad dwarven paladin or choose a hero you think is befitting of this tale.

Neverwinter Nights: Enhanced Edition Pack, sets to include the 2002 RPG of the Year Edition and all its DLC with 10 standalone adventures to experience that uses the Dungeons & Dragons 3rd Edition rules. There will also be local and online multiplayer available with a rebuilt system making it easier to find others to play with. The CRPG comes with the original campaign plus two expansion packs Shadows of Undrentide, Hordes of the Underdark and Kingmaker. The game has been optimised for consoles, redesigned for console players with enhanced graphics as well.

Neverwinter Nights Enhanced Edition releases on Playstation 4, Nintendo Switch and Xbox One on December 3rd in the US and December 6th for the rest of the world. 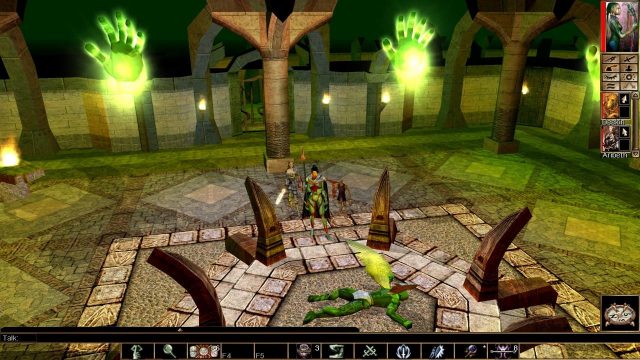 Saga Scarlet Grace Ambitions comes to the west this month, originally released only in Japan in 2016, bringing the renowned RPG to a number of platforms as an enhanced version. The tale follows the Firebringer, a fallen god who has left chaos in his path ever since he was cast out in exile. An Empire created by mankind has one purpose, to stop the Firebringer and his friends, save humanity in an epic battle. After defeating this fallen God, the Empire has lost its purpose, a rebellion has stirred. This is where a band of unique heroes will set out into an uncertain world to find a new future.

This RPG has plenty of freedom of choice, shape your own path and travel the world. Choose which events to engage in or bypass is up to you. Pick a team of 5 fighters to battle it out in turn-based combat, choose from 9 weapon choices and take on your foes. Depending on the composition of your group, will impact the tactics you take. 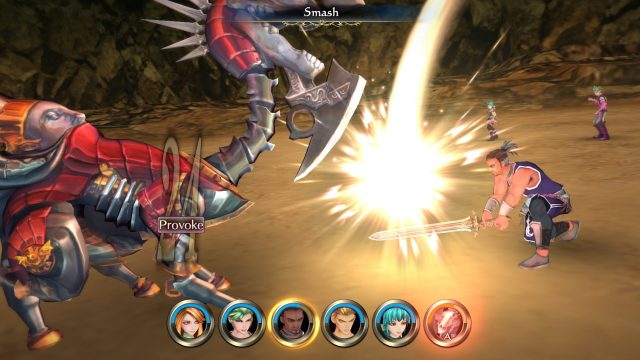 The story follows Roddick who lives pretty much in an uneventful town of Kratus on the planet of Roak. But things take a turn when Roddick learns about a mysterious disease that is now plaguing nearby towns, turning those who are inflicted to stone. Together with his two friends Millie and Dorne, Roddick sets off for an adventure and a cure for the disease that lets people live in a petrified state.

Star Ocean will come with some new features as it is a remastered version of the original western PSP version. This includes full voiceovers, with a choice of Japanese or English VO, new character illustrations, speed mode and an adjusted game balance. The gameplay is hack ‘n’ slash in nature, the action-RPG has plenty of special abilities to master. 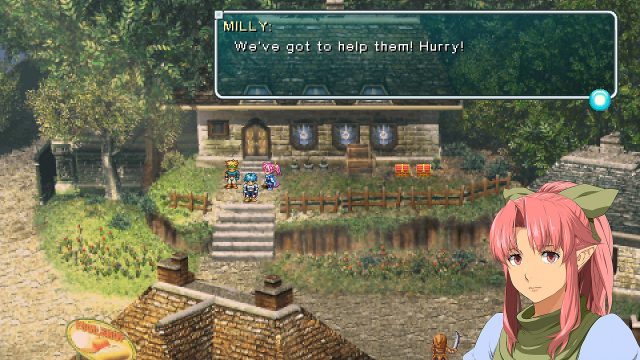 Darksiders Genesis will be coming in the form of a top-down action title, similar to Diablo. It will pit players against enemies in a dungeon-crawler, you’ll kill monsters and gain loot. Darksiders Genesis features a “Creature Core” system, players can use to upgrade and customise their horseman’s battle skills. These “Creature Cores” can be gained by defeating enemies and bosses. You can also visit Vulgrim, who will offer these in exchange for souls. There is a choice of choosing the horseman Strife or War, who both start with a number of different attacks, they can gain more skills as you progress.

As you hack’n’slash your way through, you can play as a new Horseman of the Apocalypse called Strife. He has been called “upon to save humankind from certain destruction at the hands of Lucifer“. There will be plenty of intense combat, places to explore, puzzles to solve and epic bosses to battle. There is also Strife’s brother War, while the the youngest of the horseman,  makes up for age, with his experience on the battleground, encountering numerous foes using his weapon Chaoseater.  Both can trigger a special attack meter, once activated it turns them into some pretty big creatures that only leave a path of destruction. 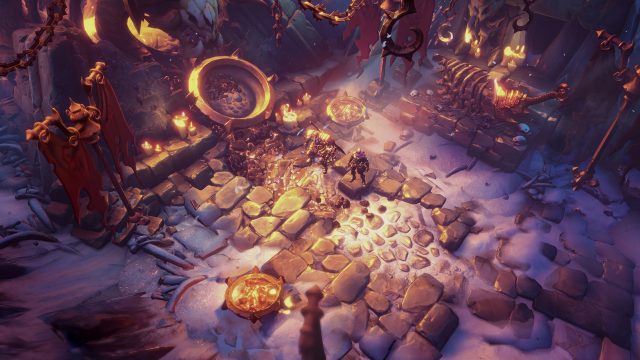 Everreach: Project Eden follows the character Nora Harwood who is part of the Everreach Security Division which is on a mission to secure colonisation of Eden, part of a task-force to handle company related emergencies. They will also investigate some mysterious happenings in a fast-paced, story driven action RPG with third person shooter. Everreach promises a sci-fi setting which looks to draw on inspiration from the franchise Mass Effect, as the story comes from former trilogy writer Michelle Clough. There is plenty of lore discover through main and side quests, an Eden to explore full of lush environments that hints at an ancient civilisation.

Everreach focuses on tactical ground combat mechanics, with ground vehicles such as hoverbikes to travel to other locations. Nora is highly customisable through skills and gear, with over 80 different upgrade options using a skill tree system. If you’re fan of the Mass Effect series, this is one to keep on your radar.

Everreach: Project Eden will release in December 2019 for Xbox One and PC, and Playstation 4 in 2020. 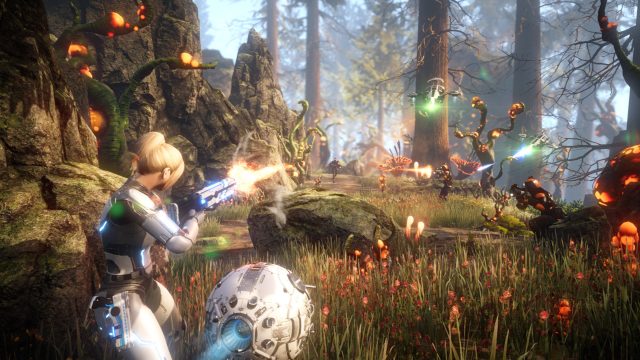 Following the mysterious phenomena that is now threatening humans, Phoenix Point is about a sweeping virus known as the Pandoravirus in the year 2047. The planet now taken by aliens, maybe one day you can fight to gain back control with the Phoenix Project, an organisation that includes the very best scientists, engineers and soldiers.

Phoenix Point is a strategy game created by the same mind of the original XCOM series, dubbed the spiritual successor. Phoenix Point will pit players against aliens, but with the added element of these aliens being able to take DNA from different species, altering themselves in the process and cloning themselves rapidly. These transformations will result in devising the best tactics to counter these changes, and adapting to what they throw at you next. Through turn-based battles with a group of 4 soldiers, players will try to push back the alien forces sometimes using aerial or ground based drones. Battles are turn based, with overwatch and return fire providing a great level of interaction. 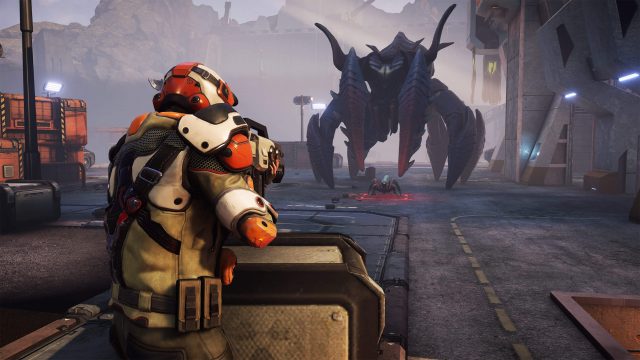 That’s a wrap for the Top RPGs of December. Did I miss your favorite December release? What games are you most looking forward to next year? Please let us know in the comments below.

You can also check out the Top RPGs and Games of November 2019.

I always love everything about…