Hello there PlayStation Nation and Happy Valentine’s Day! It’s a time of love and stealing hearts, or in Seth’s case, stealing moves! We’re super excited about the release of new character Seth and Street Fighter V: Champion Edition! If you’ve been waiting to jump into Street Fighter V, now is the time! Champion Edition includes all 40 characters, 34 stages, over 200 costumes and much much more!

Among the 40 characters included in Street Fighter V: Champion Edition is the returning S.I.N. boss character from Street Fighter IV, Seth. Seth arrives in SFV:CE with a different look than the previous iteration. Seth’s consciousness takes on the body of Doll Unit Zero and is equipped with a new set of moves, in addition to some “borrowed” moves from the other fighters featured in this all-new version of the game. 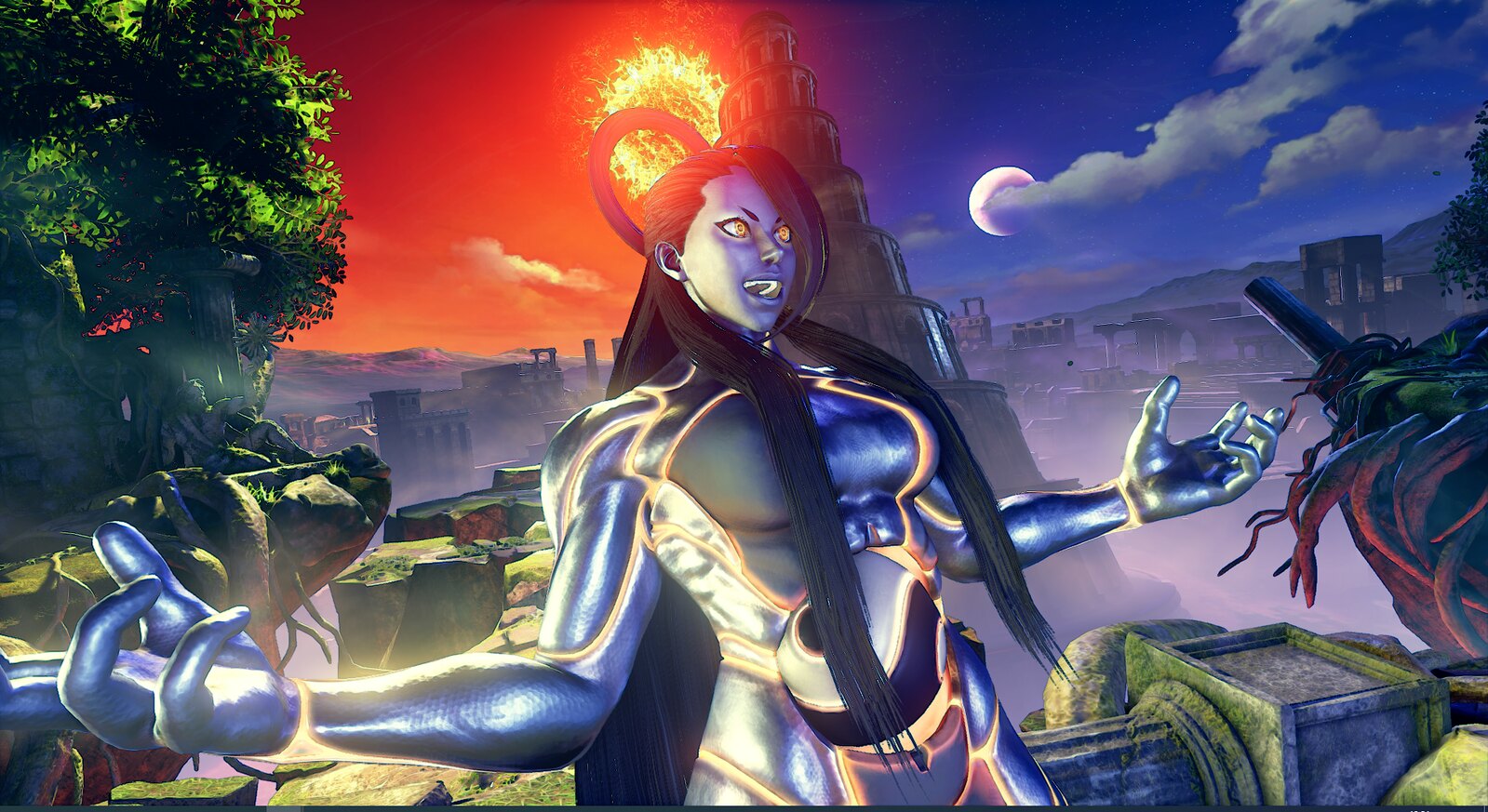 With Seth’s new look comes a set of new moves in Street Fighter V: Champion Edition, including the “Hecatoncheires” where Seth moves forward and attacks with a flurry of punches. Using “Cruel Disaster” will have Seth execute a perfectly graceful spin into a swift but powerful kick. 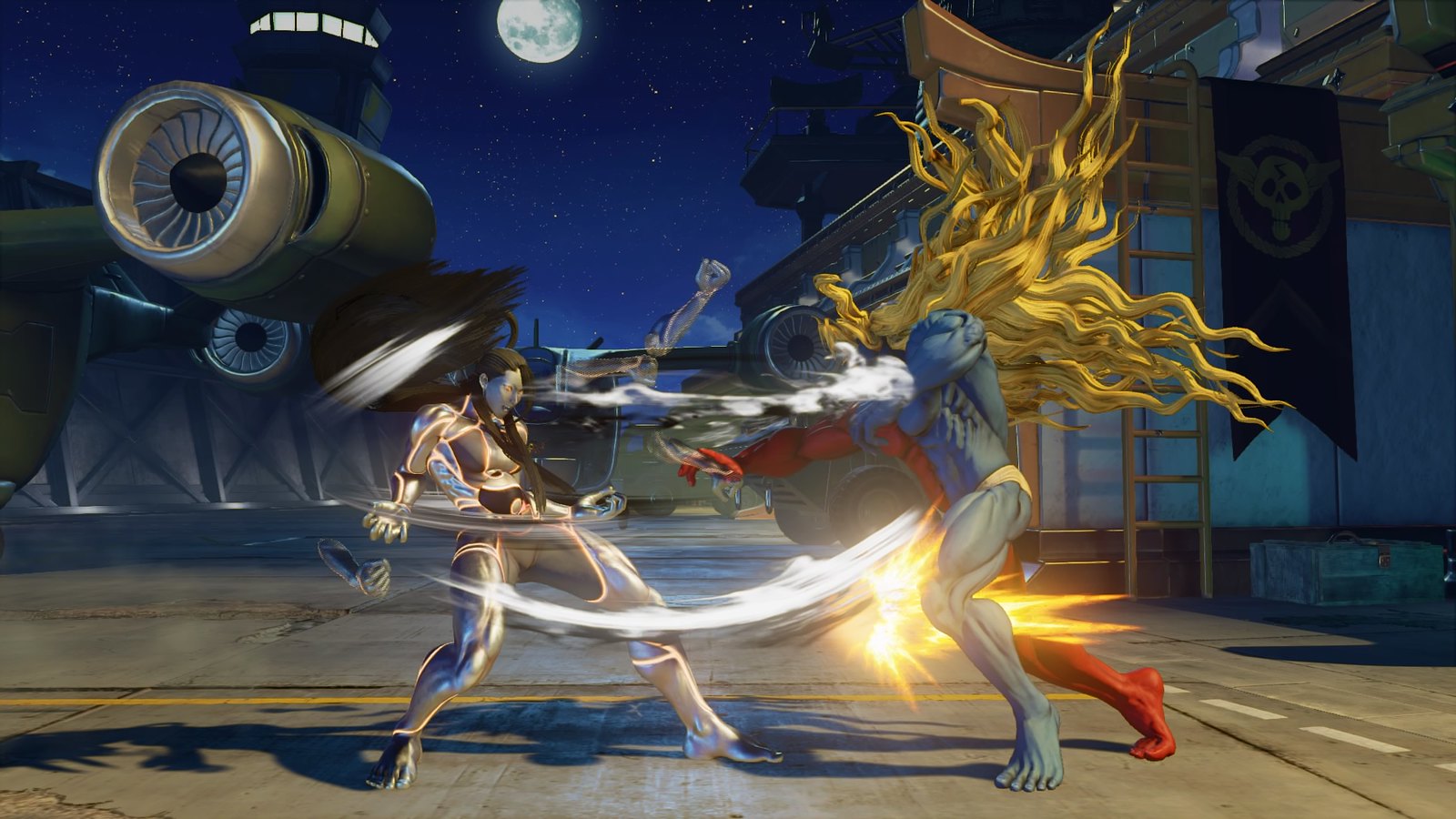 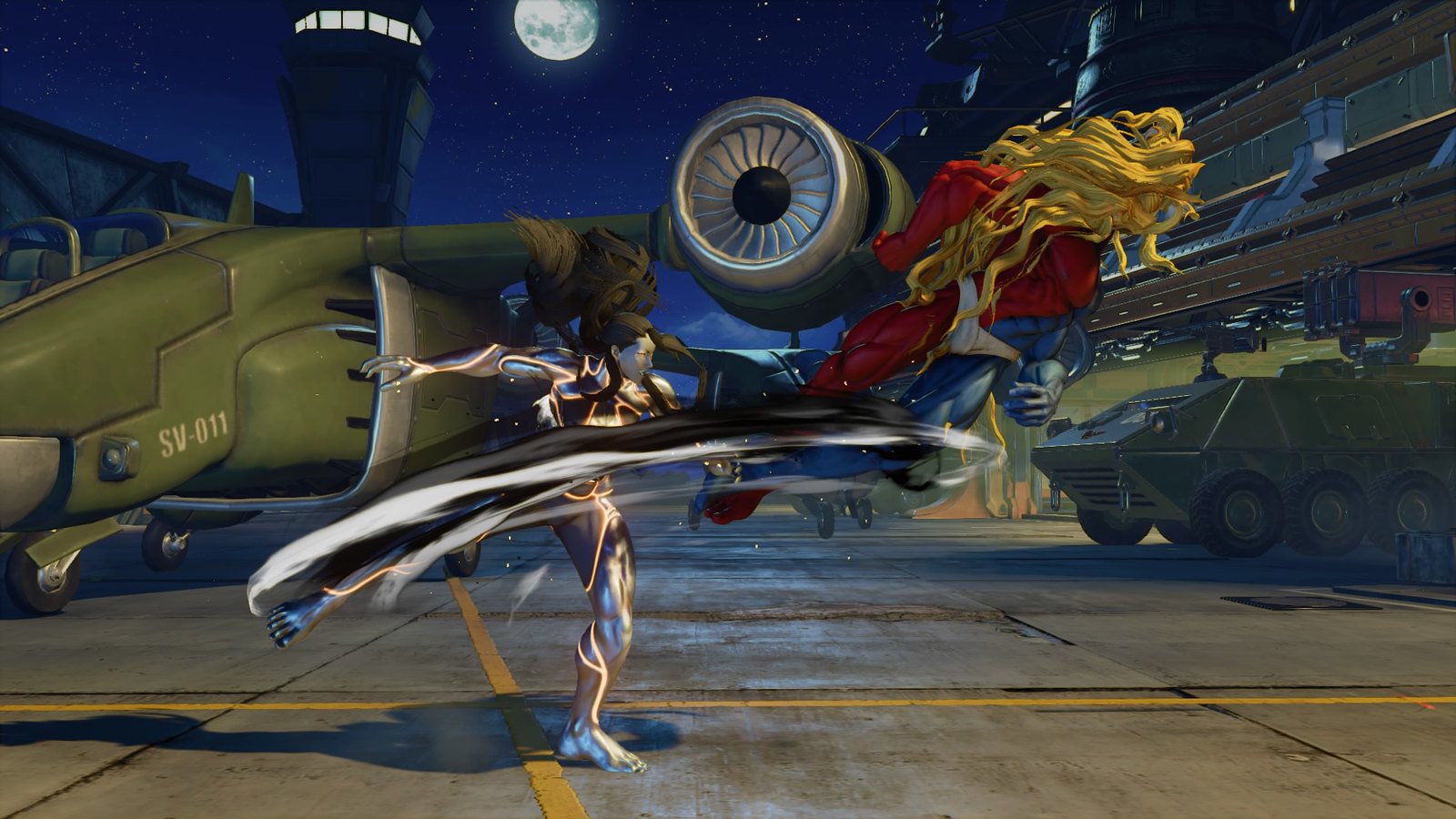 Of course, one of the more interesting aspects of Seth is being able to copy moves from opponents. Seth’s V-Skill I “Tanden Engine” will draw in the opponent, and the all-new follow-up move “Tanden Install” will absorb their data. Here you can see Seth stealing Gill’s “Moonsault Knee Drop.” You’ll also notice Seth’s body changes form when utilizing moves from various characters, which may change Seth’s looks briefly. If Seth steals moves from bigger characters, Seth also grows to their size when using their attacks. 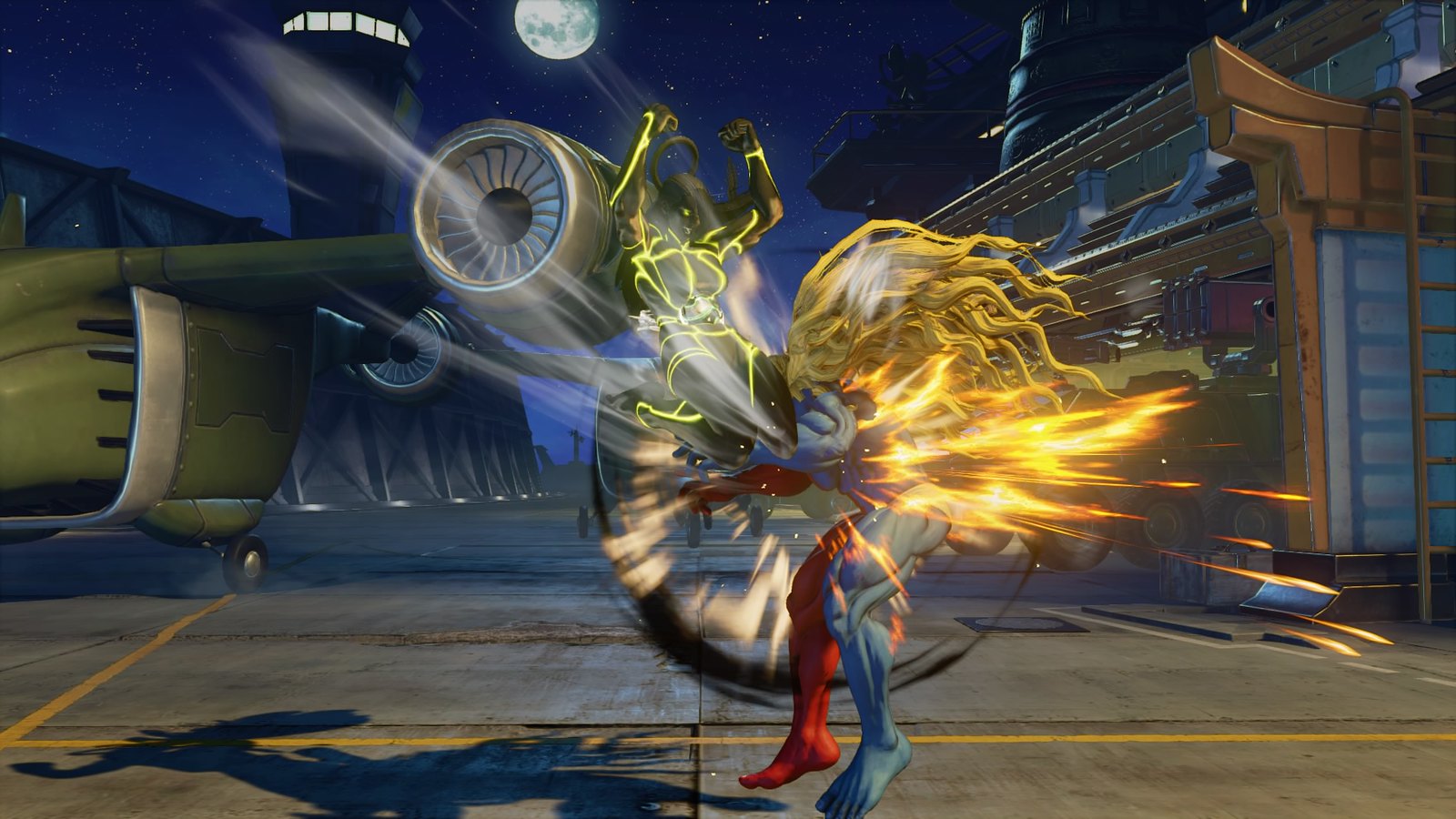 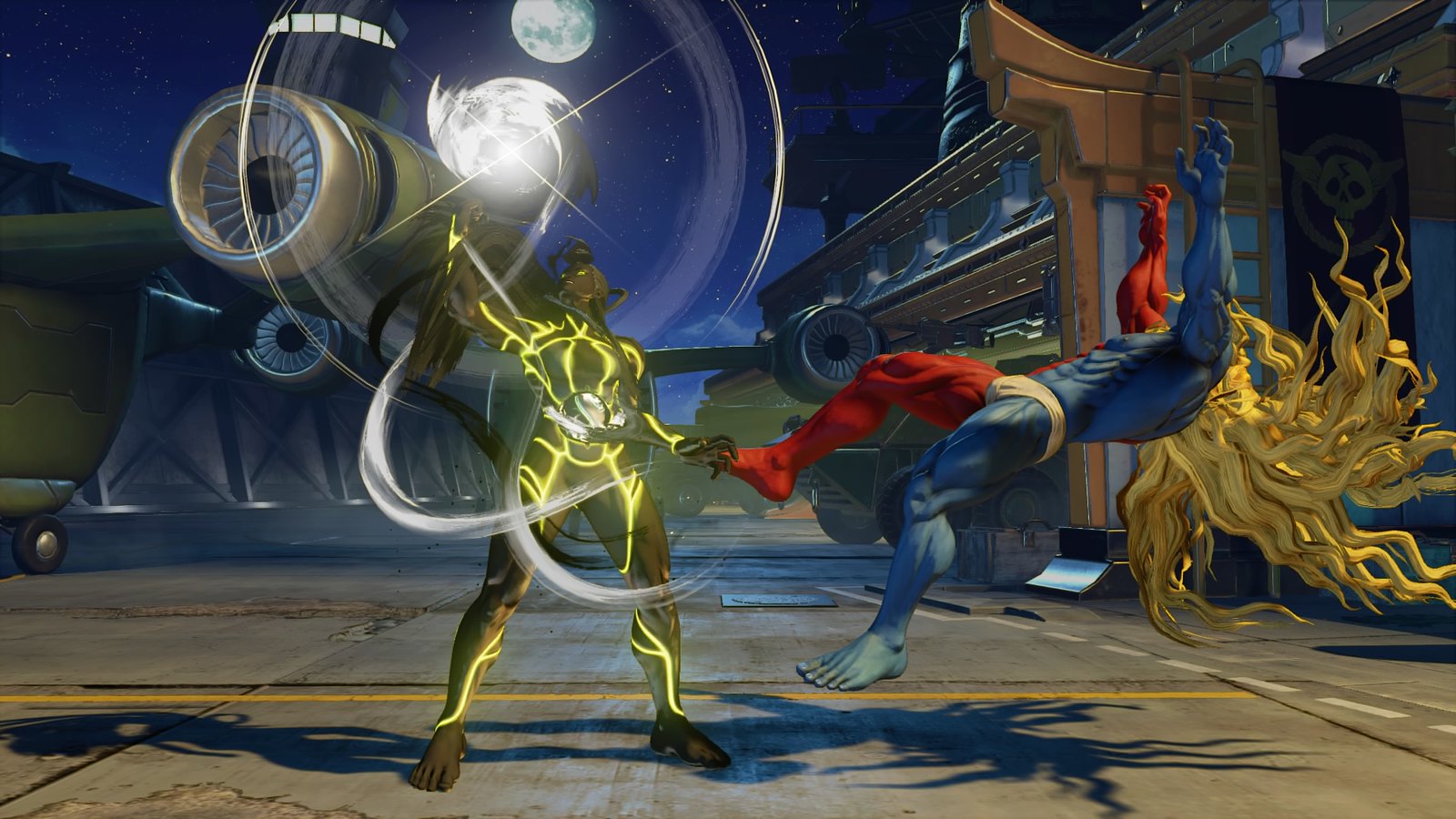 Seth didn’t always look this way, however. For some background information on the development of Seth’s design in Street Fighter V: Champion Edition, we have the Chief Director of Street Fighter V, Takayuki Nakayama, with some behind the scenes images and details about how the current Seth came to be.

Seth was the boss character of the Street Fighter IV series. As the CEO of S.I.N. (Weapons Division of Shadaloo) and a spare body for M. Bison, Seth sought power by studying the philosophy of human nature. 27 bodies of Seth were initially confirmed, but the Seth we see in Street Fighter V: Champion Edition is different from them.

In Champion Edition, Seth is found in the ruins of the S.I.N. lab and wakes up from the Tanden Engine reacting to Psycho Power, and also due to Juri’s actions.

Notes from the Development Team

Seth is an interesting character as the playstyle differs not only based on which V-Skill/Trigger you choose but, as you now know, Seth’s V-Skill I will be different based on your opponent. So the way you plan your actions and combos may switch per match up. Please try Seth out and find your favorite playstyles for this new character!

Behind the Scenes Designs 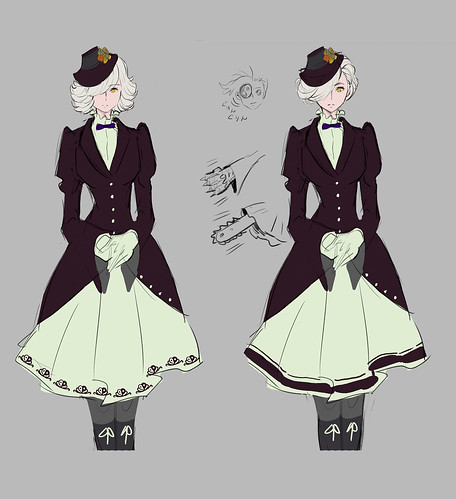 At first, we started the design with an “antique/old-fashioned” concept, as the goal was to make the “First” Seth. We explored the idea of Seth’s arm and leg transforming like we see in Steampunk movies and books. 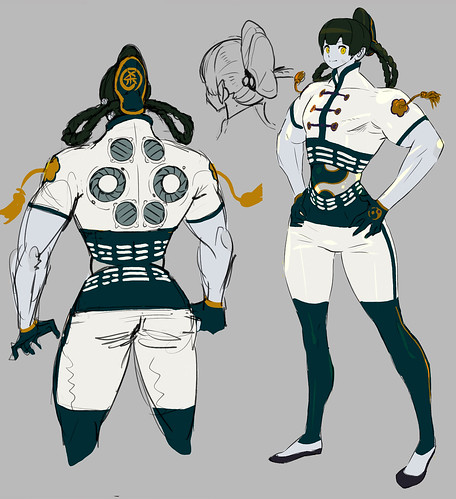 We were also looking into a “Gen’s Apprentice” character design at the time, so we made a hybrid of that and Seth. This concept has fans on the back to cool down during battle and prevent overheating issues. 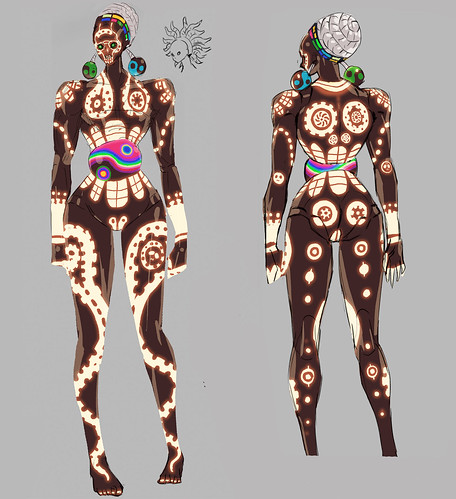 This concept is a human-like being found by some organization. The idea was that Seth would “continue evolving” by absorbing the DNA of others. 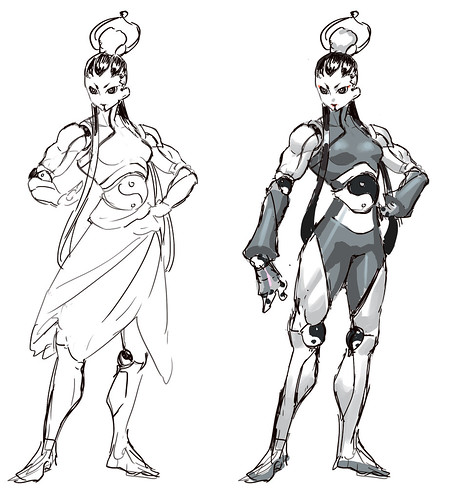 This design was inspired from fierce Buddhist statues like Kongo Rikishi / Nio statues. Small Tanden Engines are implemented to work as spherical joints. 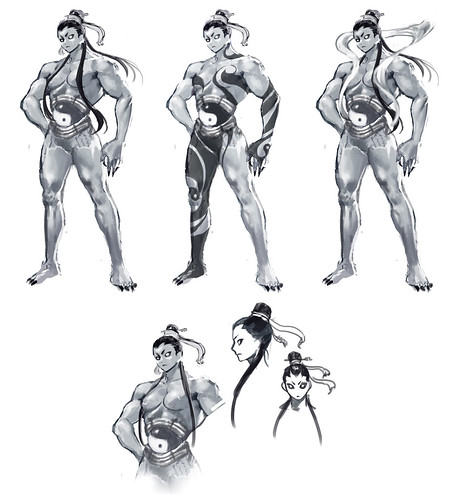 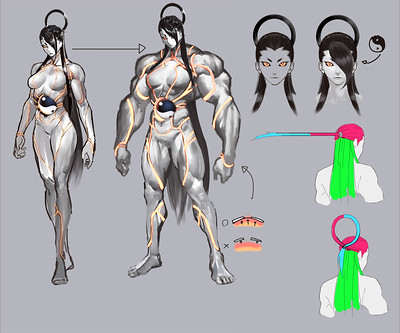 This is the semi-final design. When the epidermis expands, the power flow from the Tanden Engine becomes visible. Seth’s hair knot is finalized at this point. 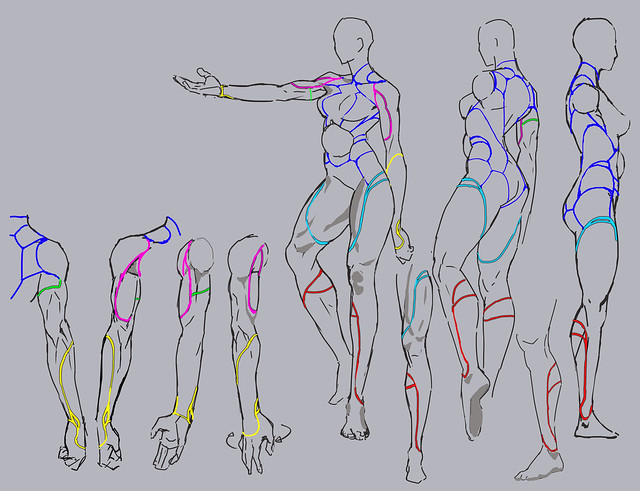 Image of the individual parts of Seth’s body.

Final Comments from the Development Team

We had the idea of completing the group of the legacy boss characters this season.

Sagat: Stoic king that confronts his inner strength
M. Bison: Head of Shadaloo who is also a natural born fighter
Gill: God-like figure who is beyond mankind
G: Cosmic-like power that we have so little knowledge of
And finally…
Seth: “King of Chaos” who craves all fighters’ skills.

And there you have it! A little bit of trivia about Seth’s design from the Chief Director Takayuki Nakayama himself! While Seth maintains some moves mimicking other fighters, like in Street Fighter IV, having a completely new moveset while doing so makes Seth feel familiar and fresh at the same time. In addition, Seth will be able to steal moves from all 40 characters, meaning Seth can even steal from another Seth! Have you found out what that move is yet?

Thanks everyone and we hope you enjoy both Seth and Street Fighter V: Champion Edition!

Always adore everything about

Nice info thanks I love

I always adore everything about

who else really gets this…